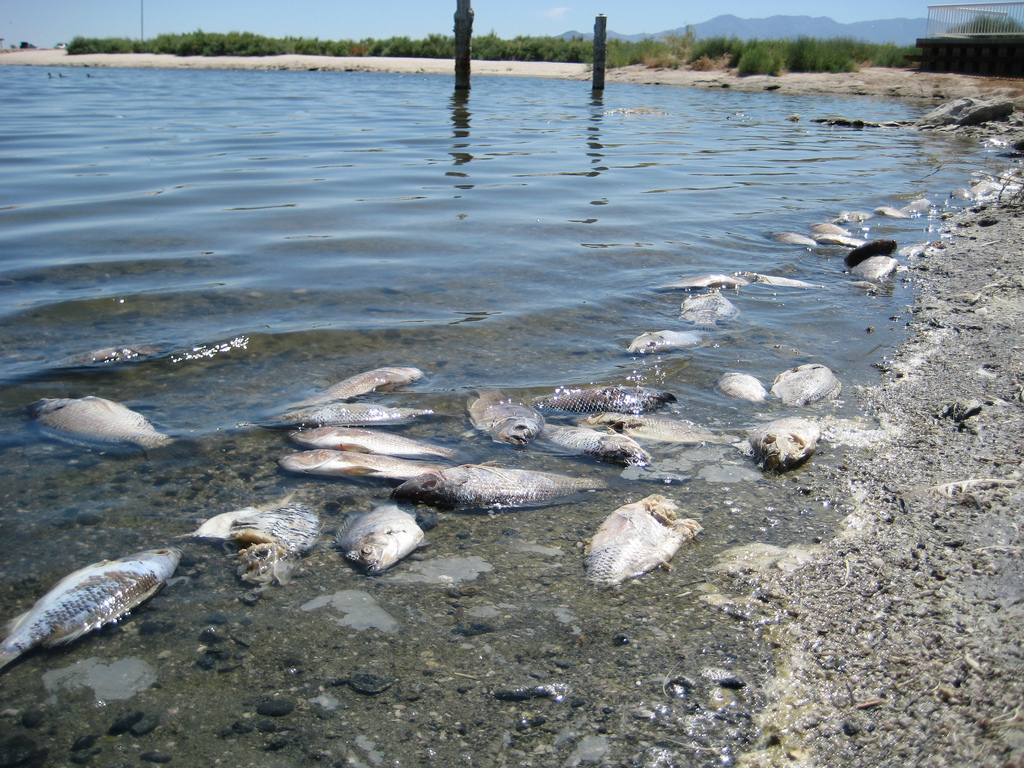 When you consider that the body human body contains roughly 60% water, it’s no wonder that it’s more important than food when it comes to our survival. Thus, being aware of how water pollution is affecting human health is paramount.

And even though you might be living in an urban area with clean running water, you shouldn’t forget that millions of people from around the world die each year, as a result of waterborne diseases.
Unfortunately, we have to accept that water pollution is still a relevant global problem. Regardless of new water filtration technologies, contaminated water is still present in many regions and that’s why in today’s post we’re going to take a closer look at the associated repercussions of drinking dirty water.

What Are The Diseases Caused By Water Pollution?

When it comes to drinking water with poor quality, there are several health concerns in the form of three main disease types – viral, bacterial and parasitic. We’re not going to check each one in more depth:

Undoubtedly one of the most widespread viral infections is hepatitis. This is a serious liver infection caused by viruses and it all begins with lack of appetite, weakness and increased body temperature (fever). There are five kinds of viral hepatitis:

Apart from hepatitis though, we can also include gastroenteritis to the viral disease related to unclean water. Dehydration is the primary concern here since vomiting and fever are one of the primary signs that you’re dealing with gastroenteritis.

These particular symptoms start manifesting after one or two days. And it should be noted that this disease is especially serious for children and people with disabilities.

We are literally surrounded by bacteria, although some of them aren’t harmful. On the hand though, when bad bacteria (e.g. from feces) finds its way into our drinking water, then there could be serious health consequences.

According to relevant scientific data, there are five primary bacterial diseases that are associated with contaminated water:

These infections attack the intestinal tract, leading to horrible diarrhea, stomach discomfort and even vomiting. The aggressive nature of most of them means that diseases such as salmonella can be lethal if left untreated.

One of the common things among these nasty bacterial conditions is that all of them have the potential to cause severe dehydration. Water that’s been contaminated with excrements is the primary reason for diarrhea in affected areas.

But viruses and bacteria are not the only diseases that can find their way into the water. Very tiny, microscopic parasites can also be found in water that’s been polluted, mainly by both human and animal excrements.

There are two principal diseases connected to parasites:

Diarrhea and an upset stomach are the most troublesome symptoms related to parasitic diseases. However, what’s even worse is that the Giardia parasite, for example, is immune to low temperatures and water disinfection.

Cattle excrements are thought to be the primary cause for such diseases, although Giardia can be found in both human and animal manure. The actual process of contamination happens the excrements that carry such parasitic diseases are flushed into drinkable water.

Why Is Water Pollution Harmful To Humans?

Because contaminated water not only causes minor stomach discomfort, it can also be potentially life-threatening. Diseases associated with poor water quality may lead to severe dehydration, which might even lead to death.

First-world countries may rely on modern antibiotics and medications that can pretty much deal with very serious conditions such as hepatitis, but that doesn’t mean that waterborne diseases don’t claim millions of lives each year.

In developing regions the situation is much worse since basic sanitation and hygiene are greatly compromised. When certain water filtration standards and best practices are not met, the health consequences for anyone drinking from impure water could be very serious.

Water pollution is still a relevant problem that we shouldn’t take lightly. The related health complications can be quite dangerous and the huge number of people who die every single year due to waterborne diseases is staggering.

Basic sanitation and adequate personal hygiene would definitely help in this regard, but the lack of proper water filtration systems in less developed areas is still a major concern when it comes to the quality of water.

What do you think, should we still let bacterial, parasitic and viral diseases to claim millions of lives annually, or there’s a definitive solution? Let us know in the comment section below!