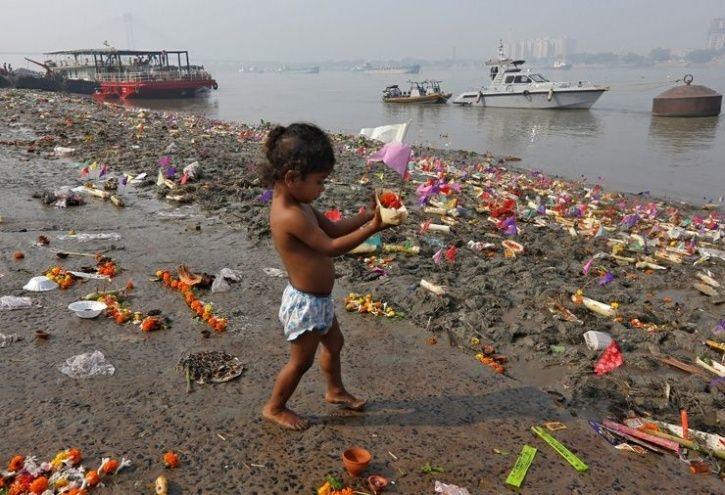 Here is a quick rank of oceans in terms of approximate surface plastic:

So, where does all this plastic come from?

Ocean plastic originates from both land-based sources and areas along the coastline. Recent studies reveal that about two-thirds of plastic debris in the ocean come from far inland areas. Through the power of the wind and rivers, plastic is daily dumped into oceans in humongous quantities.

However, not all rivers equally contribute to the influx of plastic into ocean waters. Some of the most notorious rivers flow in the continent of Asia. These are:

On top of river transportation, plastic trash can also find its way to oceans by the power of the wind. Light plastic bags and containers can actually travel hundreds of kilometers and finally be deposited into the ocean.

Poorly managed landfill sites also significantly contribute to ocean plastic. Maybe it would be good to inject here the point that ocean plastic does not only refer to the visible plastic bags, bottles, and broken pieces of plastic from various plastic products. A large percentage of ocean plastic is actually microplastic. This includes powdery pieces of plastic that has been broken down through photodegradation, and also microbeads from products such as toothpaste.

The case of the Great Pacific Garbage Patch

As the name suggests, this is a collection of ocean waste in the North Pacific Ocean. This is made possible by the strong North pacific subtropical ocean currents. It is naturally divided into two wings:

The circular motion of the ocean currents is able to gather plastic and other marine debris into a central place.

A bigger portion of the garbage patch actually comprises microplastic. These are tiny pieces of plastic suspended in the ocean waters – forming what we popularly refer to as plastic soup.  Also in this plastic soup are larger plastic pieces like water bottles, slippers, basins, cosmetic containers, food containers, and the like.

Part of the larger plastic debris floats on the ocean while the rest sits on the ocean floor. If you happen to cross the area with a ship or boat, you won’t fail to notice the millions of plastic pieces floating on and beneath the water surface.

The case of Caribbean beaches

Perhaps what causes this is the inadequate waste disposal systems in the Caribbean countries. Statistics show that 22% of families throw their trash on various water bodies and land. Also, 320,000 tons of plastic waste remains uncollected each year. A large portion of this goes into the sea – the reason why beach litter grows every year at an alarming rate.

To sum it up

It appears that the damage has already been done. Scientists across the globe agree that collecting plastic trash from the oceans is a nearly impossible task. With some good effort, the floating plastic debris can be reduced. Also, beach litter can be successfully cleared.

The wisest approach is to stop further pollution of oceans by plastics. On a country-wide scale, governments should ban the use of as many single-use plastic products as possible. Manufacturers should seriously consider reducing the use of plastic packaging of goods. On an individual level, every person should resolve to be more responsible and handle plastic products with due reverence to the environment.